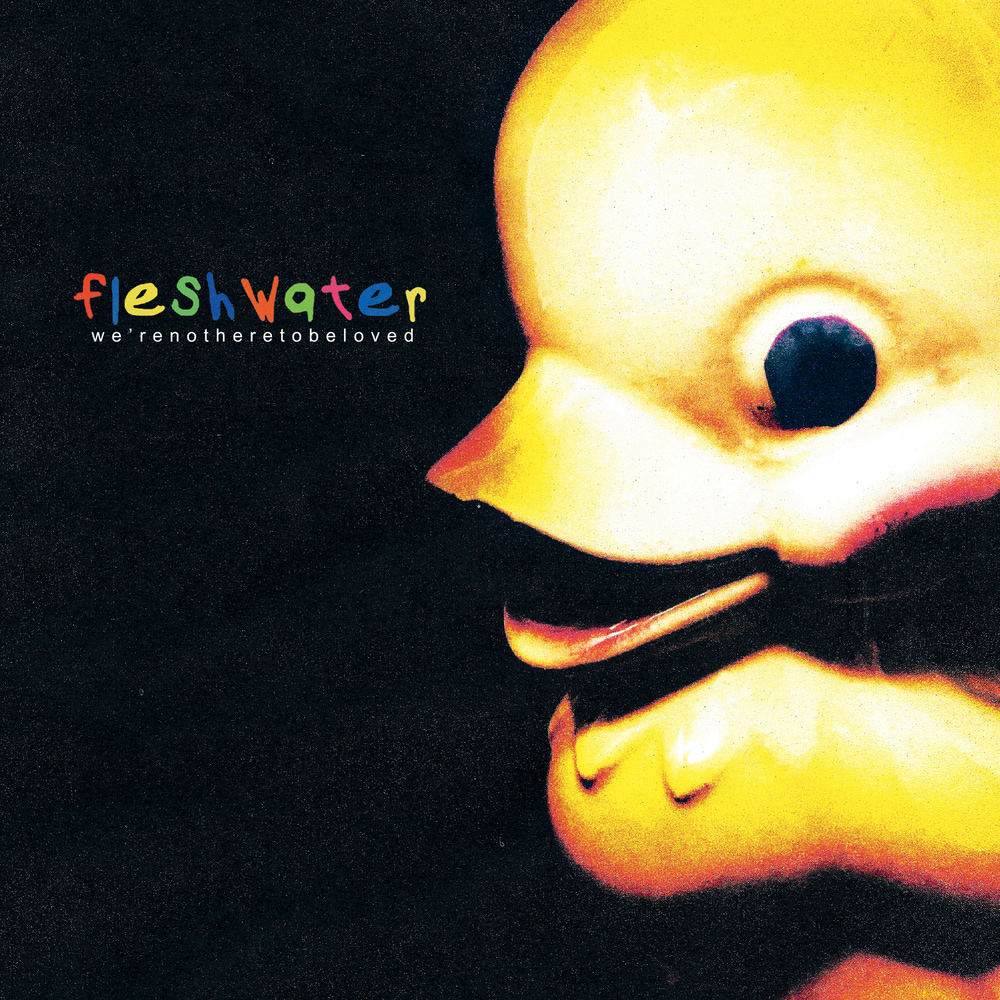 Fleshwater, “We’re Not Here To Be Loved”, Closed Casket Activities, 2022

It’s a rather surprising development that Alternative Metal, the critical pariah of 20 years ago, has recently received a stunning re-appraisal, primarily centered upon Deftones 2000 magnum opus, “White Pony”. Hailed upon its initial release and continually praised as one of the defining rock albums of the 2000s, White Pony’s unconventional approach to the genre, combining the intensity inherent to metal and the dissonance and distortion commonly associated with shoegaze, has proven highly influential over 20 years after it’s initial release. Within the past 4-5 years, there’ve been a significant number of bands which’ve sought to draw upon the unique sonic character first established on White Pony, albeit to mixed results. While there are some notable exceptions, with bands like ASkySoBlack and Loathe succeeding in replicating the atmosphere and intensity which’ve defined most Deftones releases, many have fallen remarkably short.

Fleshwater’s “We’re Not Here To Be Loved” should serve as a convincing rebuttal for anyone seeking to malign the recent “Alternative Metal” revival. The band – primarily comprised of members of the Massachusetts metallic hardcore outfit Vein.FM – has succeeded in crafting a debut as compelling as it is cohesive. Despite only boasting a runtime that only just approaches half an hour, the 27 minutes of time that Fleshwater devote to developing their distinct approach to Alternative Metal and Shoegaze feels like anything but a waste.

In stark contrast to other similarly influenced bands, even those mentioned above, Fleshwater is capable of differentiating their approach to the genre in two notable respects. First, the inclusion of female vocals, provided by co-lead vocalist Marisa Jordan, serve as a pleasant complement, not just to the surprisingly lush instrumentation and remarkably atmospheric character of the music, but to the sonic aggression which constantly threatens to consume each successive track. Secondly, it is apparent that, in addition to the incorporation of elements most closely associated with post-hardcore, Fleshwater have also sought to incorporate aspects of metallic hardcore; Numerous passages are reminiscent of those commonly associated with the genre, as both emphasize speed and sonic intensity. Occasionally, songs will feature a breakdown, with prominent examples being found at the end of “Linda Claire” and “Foreign”.

While refreshing and novel, certain songs fail to properly cohere with other songs, with “Backstairs Breathing” being an unwelcome deviation from the overarching atmosphere of the project. Criticism can also be leveled against the band’s apparent over-reliance upon sonic tropes found within Vein’s music, but even such a critique is fairly inconsequential. Fleshwater have proven themselves not only to be the successors to Deftones, but are now squarely at the forefront of the Alternative Metal revival. A stunning debut and a must-listen for anyone even remotely interested in Shoegaze, Metal or Post-Hardcore. (4/5)