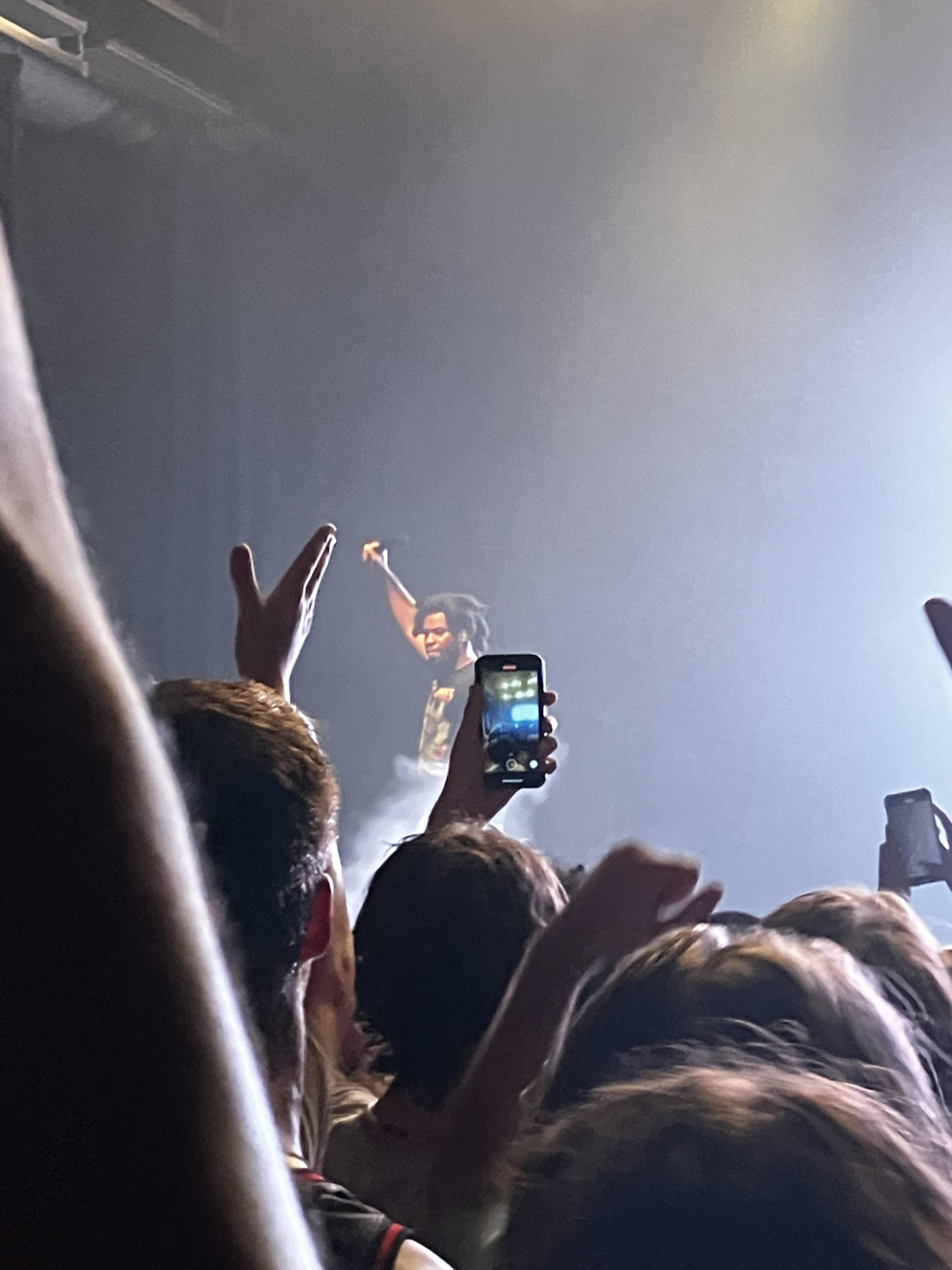 After seeing Denzel would be making a stop in Saint Paul (at Palace Theatre nonetheless), I made no hesitation to purchase my ticket. I fell in love with the venue after going to see Thundercat there, and the thought of getting to mosh at a Denzel Curry show was too good of an opportunity to pass up. The three months that passed between purchasing the ticket and the date of the show flew by in the blink of an eye, and before I knew it I was piling into an old Lexus sedan with my housemates and some of their friends to head downtown. I only had the slightest conception of what to expect from the show before I entered the venue, but after Redveil’s opening set I knew that neither me nor my companions for the night would leave unscathed.
It’s very rare to see opening acts that can get a crowd just as excited as the main event. The only concert that comes to mind where I was there for the openers just as much as the main event was Tyler the Creator’s concert at Target Center with Teezo Touchdown, Vince Staples, and Kali Uchis opening. Neither of the opening acts, Redveil or AG Club, were really on my radar before the show, but their sets changed that for sure. Both artists showcased a wide-reaching, versatile range of emotion and energy through both their more soulful tracks and their incendiary alt rap bangers which complemented Denzel Curry’s style perfectly. The music was already unforgettable, but the mosh pit made sure that this show would be burned into my memory for the rest of my life. I even had to step out of the pit for a second during Redveil’s set because I was so dehydrated and already exerting so much energy that I felt like I was gonna black out. Talk about a strong opening to a concert.
The whole experience was unreal, and then the first few notes of “Melt Session #1” started as Denzel took the stage and I felt newly reinvigorated. I don’t know if the fact people were moshing to this song is a testament to the power of Denzel Curry’s music or the insanity of his fans, but the rest of his set never lost that same energy captured in the opening song. Fans tried to compete to see who would get a traumatic head injury first as Denzel went through much of Melt My Eyez See Your Future, as well as fan favorites like “RICKY”, “SUMO”, “BLACK BALLOONS”, and of course the song that brought him fame in the first place, “Ultimate”. By the time Denzel finished penultimate track “CLOUT COBAIN”, I could tell that everyone (myself included) was starting to feel a little worn out from the intensity of the show, but everyone pushed through for one last show of manic energy for encore track “ULT”.
This review doesn’t do justice to Denzel Curry’s unbelievable talent as a performer, but I kid you not when I say that this show was a life altering experience for me. If you ever have the opportunity to see Denzel Curry live, buy those tickets without any second guessing. Just be prepared to still be sore two days after the show.
Check out my radio show Power, Corruption, & Lies Saturdays from 12am-2am!