On Friday, November 8th WMCN hosted the third ever Big Gig (BIIIG GIIIG) and one of the best ones yet! There were 5 local acts with two Macalester bands and one band coming all the way from Chicago performing in the library basement. If you are interested in performing or helping out at the next gig please do not hesitate to reach out, wmcn@macalester.edu.

Below are mini-blurbs about each band written by different WMCN staff members:

Thrill Us, Bill Us, and KILL US! The first act of the BIIIG GIIIG, KILL US, rocked the house (or rather the library) on Friday night. This was WMCN’s third rendition of the Big Gig Library Concert and perhaps the most exciting yet. This semester’s Big Gig featured three Mac bands and drew more people to the library on a Friday night than ever before. KILL US includes Max Folina ‘22, Mory Romo, Sean Clements, Bekah Reason, and Thea Galetka. The group describes their music as “rap metal” with high-intensity, high-distortion instrumentals and hard-hitting lyrics. Mory Romo fronts the group as the lead vocalist and not only got the crowd on their feet, but into a mosh pit! Sean Clements (bass) and Max Folina (guitar) are also members of the group Sight, whose album Heroica made waves in the local music community when it was released last spring. The 20 minute set walked the line between rap and rock that has been an increasing popular gap to bridge—all the way back to RUN DMC and Aerosmith, and more recently with artists like Denzel Curry. KILL US opened for Denzel Curry last month at Pause Mane Stage in Northfield after being selected by St. Olaf’s Music Entertainment Committee. The group is young, but is host to multiple skilled and experienced artists with promise to continue to be a presence in the Twin Cities scene. [Jason Beal]

North Lodge is a Chicago-based indie rock band, a project started by lead singer and guitarist Joe Merkle and supported by Ian Hammond on bass, Joe Torres on guitar, and Ethan Toenjes on drums. The band took the long drive up north to Macalester and played an excellent set. The crowd warmed right up to the newcomers, dancing along to songs like Flying Squirrel and Hold on to This and laughing along as the band cracked jokes and exchanged some onstage banter. The band was energetic and had the crowd bouncing along with them throughout their set. We hope to have this band back in the station soon :). [Pat Vaidos]

The final act of the BIIIG GIIIG was local Twin Cities band Sapphire. They were originally a three piece band (two guitars and bass) but added a drummer this past year. Their debut EP, Sapphire, was released this past July. I’ve seen Sapphire perform a good number of times, most recently in September, so I was excited to have them here for the show. Sapphire played a number of songs off of their EP, in addition to a new song that they had never performed live before. I have a hard time defining Sapphire with genre labels, as they go from slower songs which feature the vocals of Ava Levy and Lily Govrik, to shredding guitar solos lead by guitarist Indi Koonce. Overall, Sapphire is an excellent example of the Twin Cities DIY scene. Their music is engaging, thoughtful, and most importantly: they slap! They put on an excellent show in our humble library basement, and you should check them out if you liked what you saw at the gig (or are interested from this review). sapphire0.bandcamp.com [Sophie Gleason] 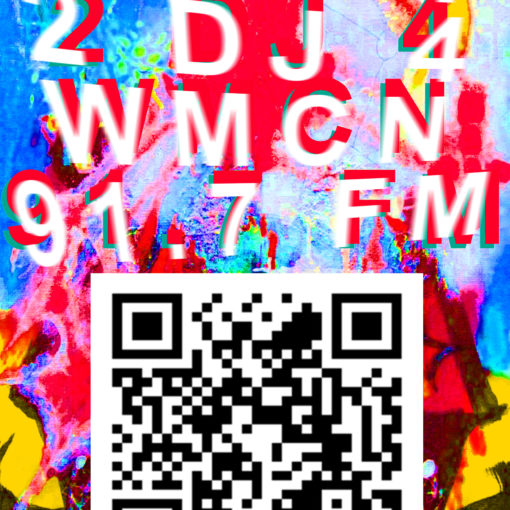 Welcome back ! DJ applications have opened for the Fall 2021 semester ! Apply to have your own show on Macalester’s very […]